The aguaje is a native palm of the Amazon that is distributed in the countries of Peru, Bolivia, Brazil, Colombia, Ecuador, Venezuela, and Guyana. It is found in manchales or "aguajales" where it is cultivated and exploited in all its parts: leaves, stems, seeds, roots, and fruits. In Peru, it grows in the departments of Loreto, Ucayali, Huanuco, and San Martin, and it is estimated that there are more than five million hectares of aguajales, of which one million are in Pacaya Samiria. 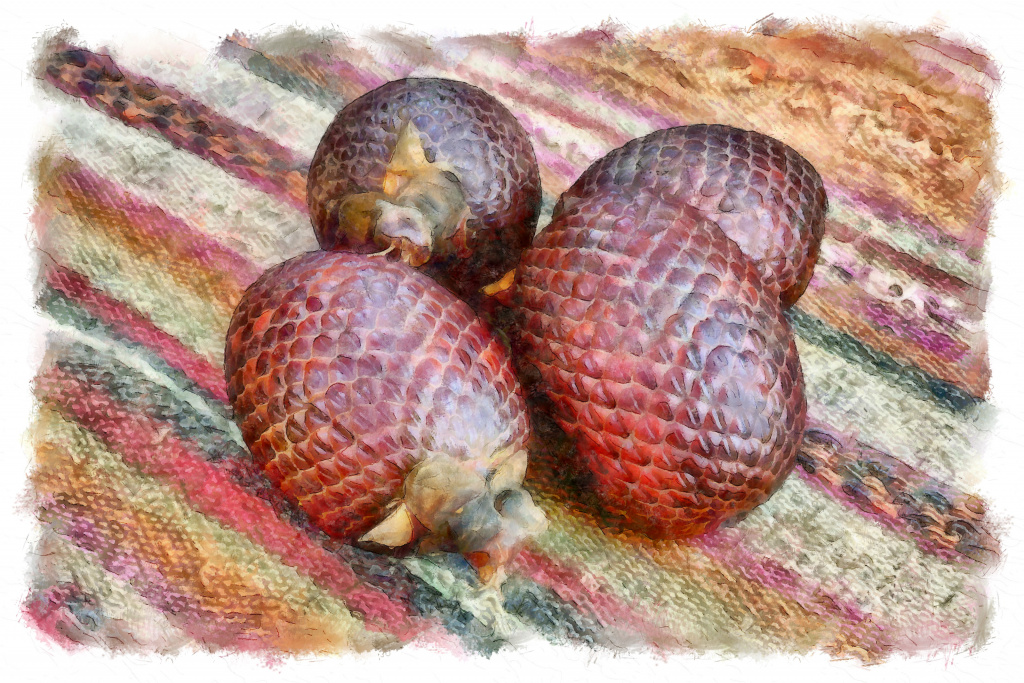 The Aguaje (Mauritia flexuosa) was the first Amazonian palm tree described by science in 1781. Its fruits are rich, nutritious with a bittersweet flavor and important nutritional value. In Brasil it is known as "Buriti" while in Colombia and Venezuela they call it "Moriché". Its fruits have a vital role in the chain of tropical jungle forests, as it is an important food for animals such as the sajino, sachavaca, majaz monkey, as well as species of birds and fish.

Besides its fruits, what else do we know about the palm tree?

What are the benefits of the aguaje fruit?

The aguaje has a high content of vitamin A (beta-carotene), even higher than that of carrots and spinach. It thus has antibiotic, analgesic, and anti-inflammatory functions; in addition to helping eye health and maintaining healthy skin.

This Amazonian fruit also contains a high presence of vitamin C, which helps in the absorption of iron and calcium. Likewise, it contains phytoestrogens (plant compounds), which, according to studies carried out, have effects on human health; one of them is the anticancer effect, whose greater protective scope would be against breast, colon, and prostate tumors.

Another of the great benefits of phytoestrogen is the reduction of the effects of menopause. Research has shown that women who eat foods rich in this compound have late menopause and fewer disorders. It also helps balance hormone levels.


The aguaje can be processed in different ways, at Amazonia we have aguaje capsules from Amazon Andes, aguaje oil for consumption from Bauritia, aguaje powder from Amazon Andes and Huella Verde, ideal to mix as a dietary supplement. 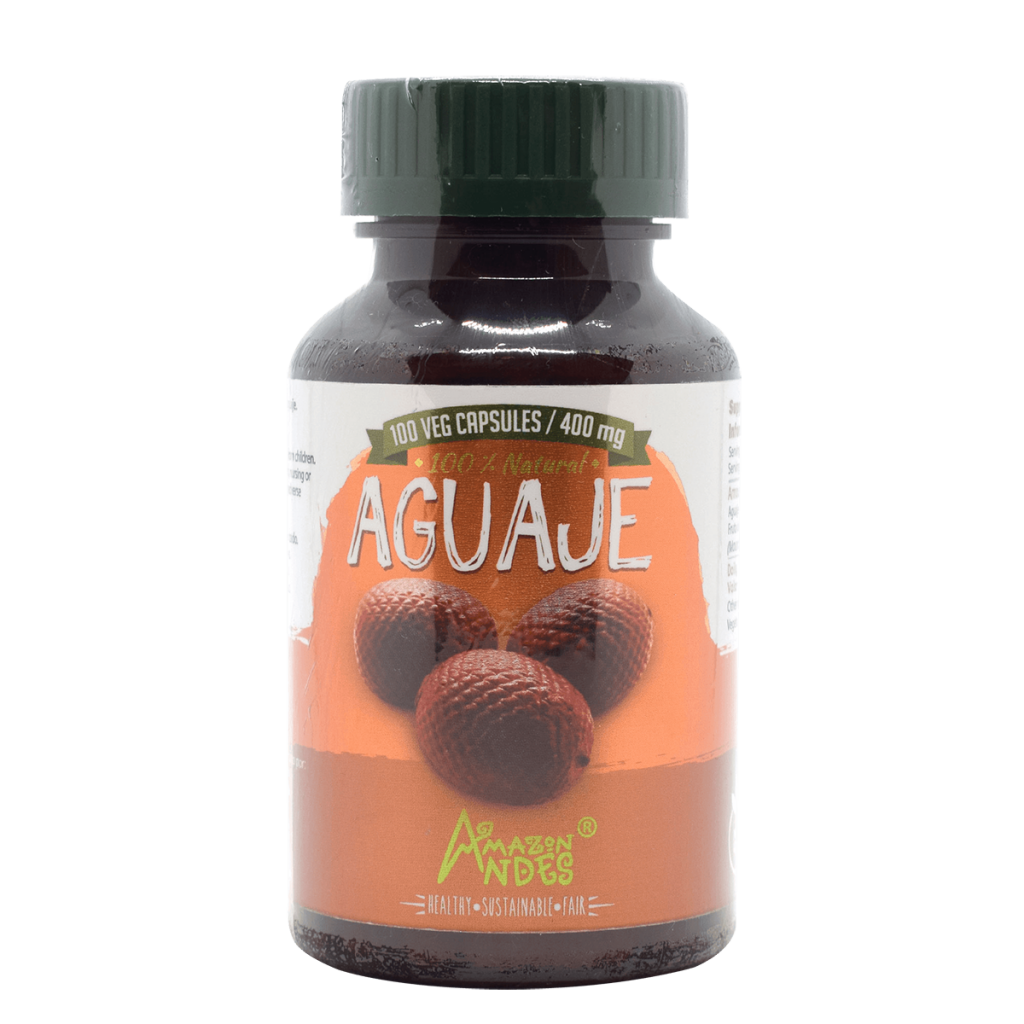 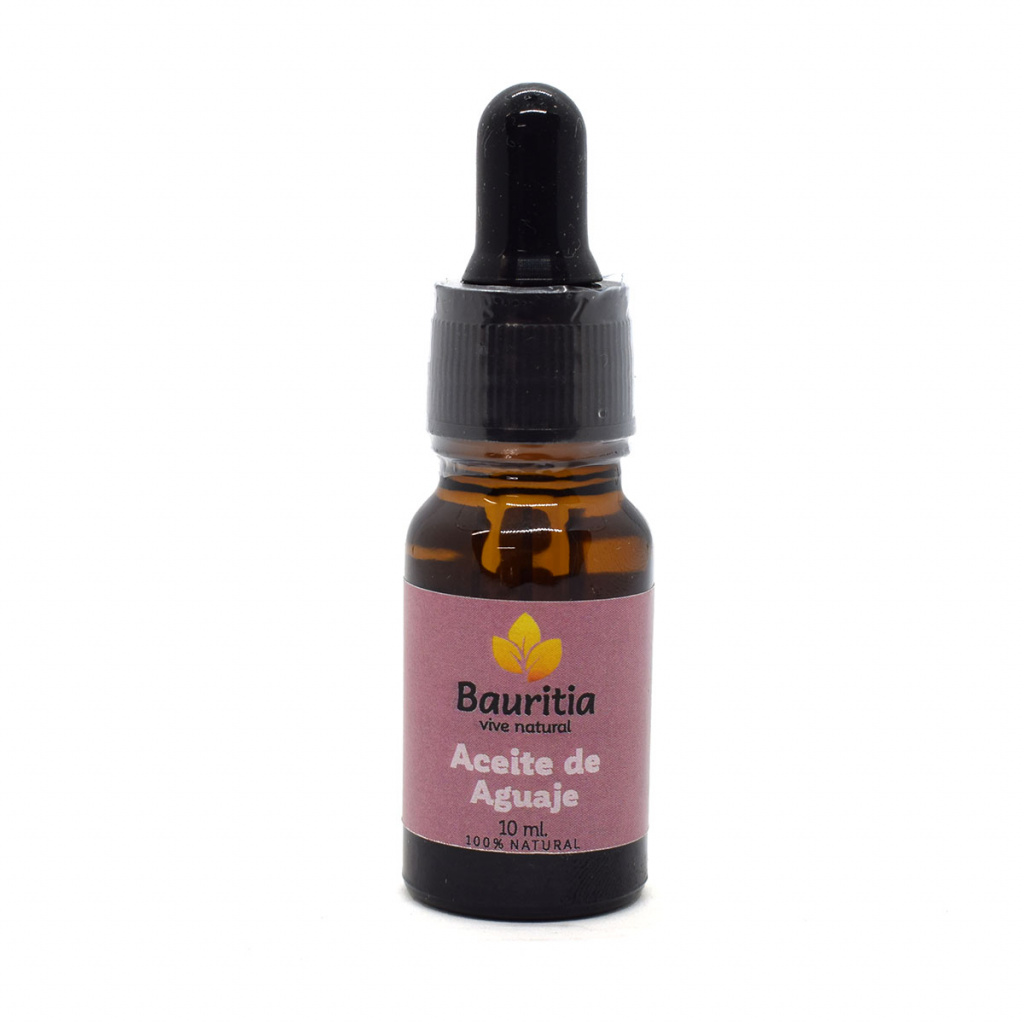 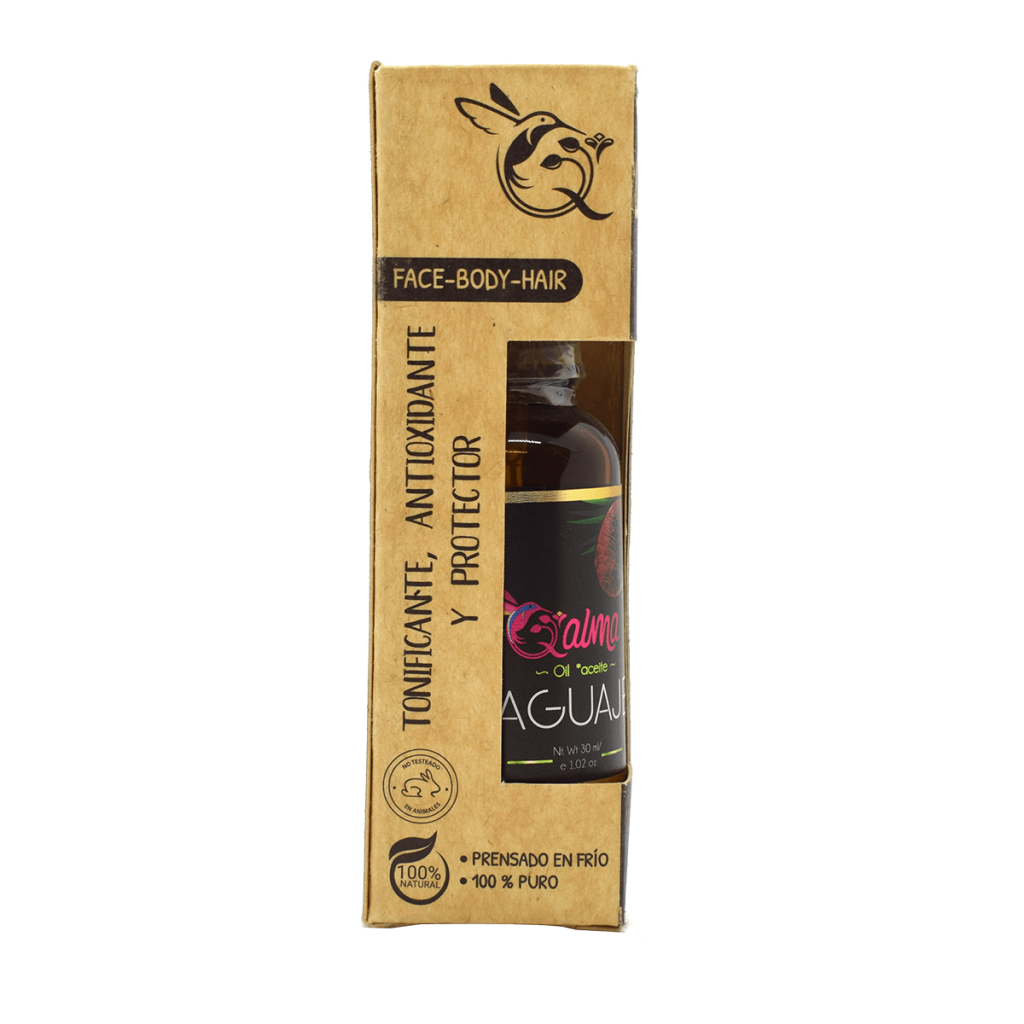 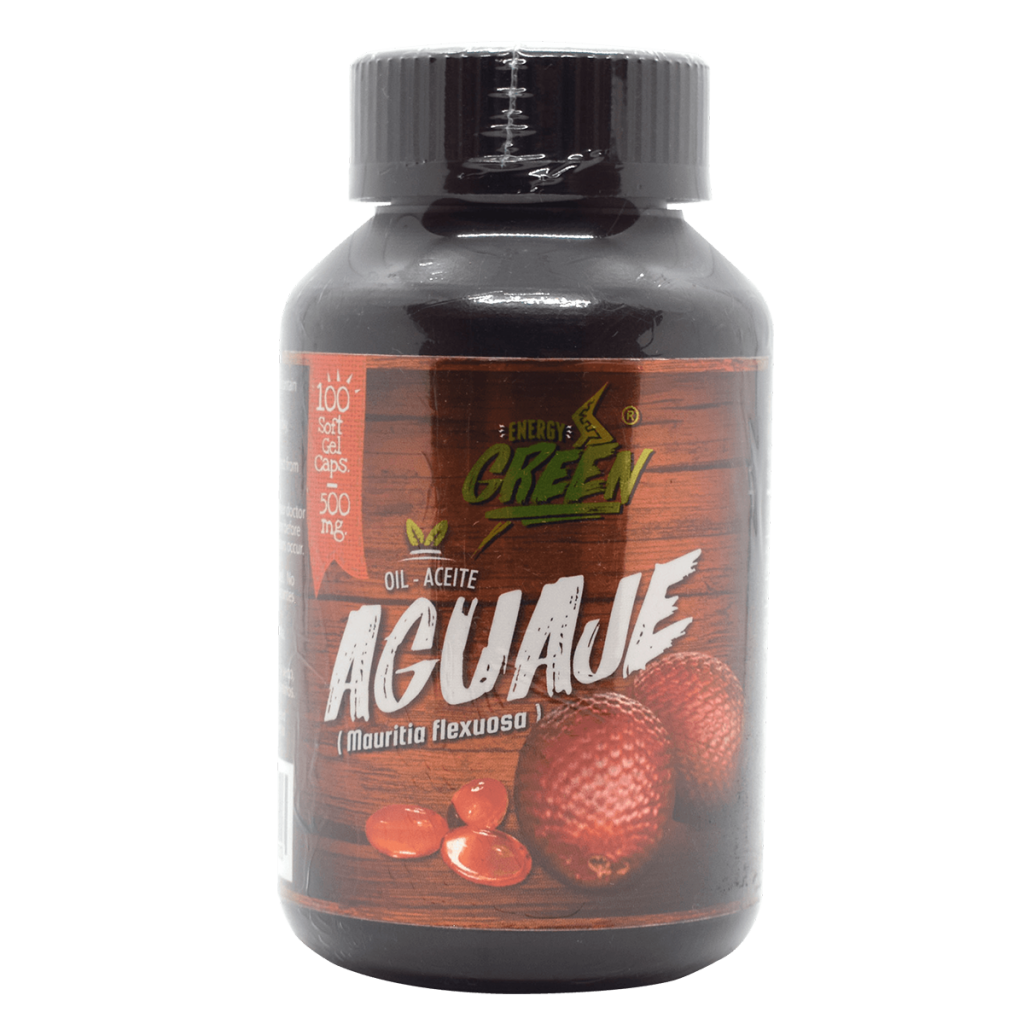