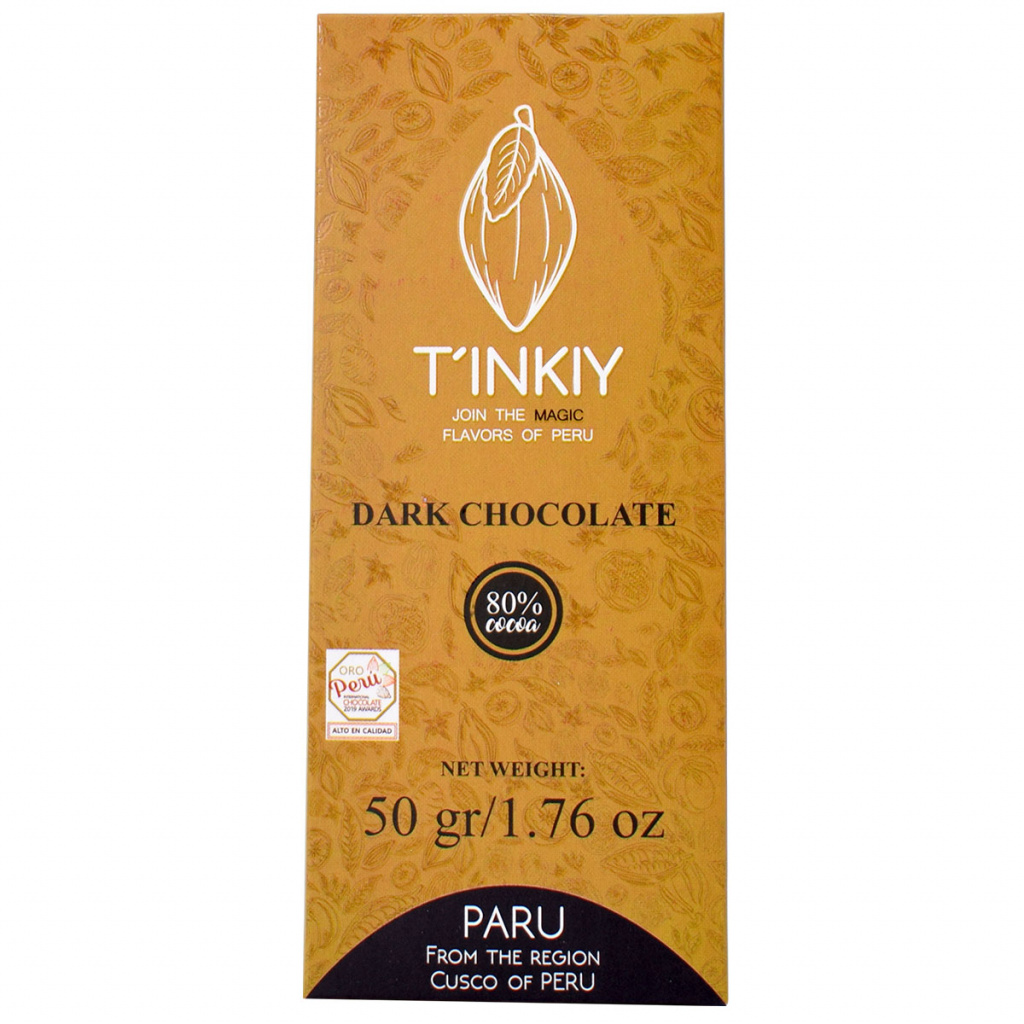 One of the chocolates that we offer in Amazonia, Tinkiy, has cacao as its main ingredient. It is cultivated in La Convencion, Cusco, where the original Amazonian Matsigenka ("human being" or "people" in their language) people are settled. The Matsigenka, whose language belongs to the Arawak or Arahuac linguistic family, is not only found in Cusco but also distributed between Madre de Dios and Ucayali. They live on the banks of the Upper and Lower Urubamba, Camisea, Picha, Timpía, and Manu rivers, and their tributaries. According to the latest 2019 census of the Ministry of Culture in Peru, there are 12,615 people living in localities of the Matsigenka indigenous people, and of these, 3,983 people have Matsigenka as their mother tongue.

This myth was told by Dario Mahuantiari of the Koriberi community in 1955 and translated into Spanish by his wife Miriam Piñareal. The myth is a literal translation extracted from the book Ethnographic Guide of the Upper Amazon by Dan Rosengren. Yakónero, the name of the myth brought by the author, clearly reflects the Matsigenka vision of the various beings of the world and the way in which these various beings interact with each other.

Now I am going to tell you about Yakónero. Once a woman lived (that is, Yakónero). She lived alone and had no husband. A child appeared in her stomach. Only she lived there, and she never saw any man. His uncle was in heaven, he was a tasorintsi. She only slept with her mother-in-law. She was a jaguar who had many children. They tried to eat Yakónero.

At the time, she told her daughter-in-law: "My children are threatening you. They want to eat you."

She felt sorry for her daughter-in-law and told her, "Go to heaven to see your father-in-law, the jaguar."

They told their mother, “You should send your daughter-in-law away. If she's still here when we get back, we'll eat her."

She said (to Yakónero), “Go away! If you are still here when my children return, they will eat you."

In the forest, a path appeared that led to the sky. Halfway there she heard his son speak in her stomach. 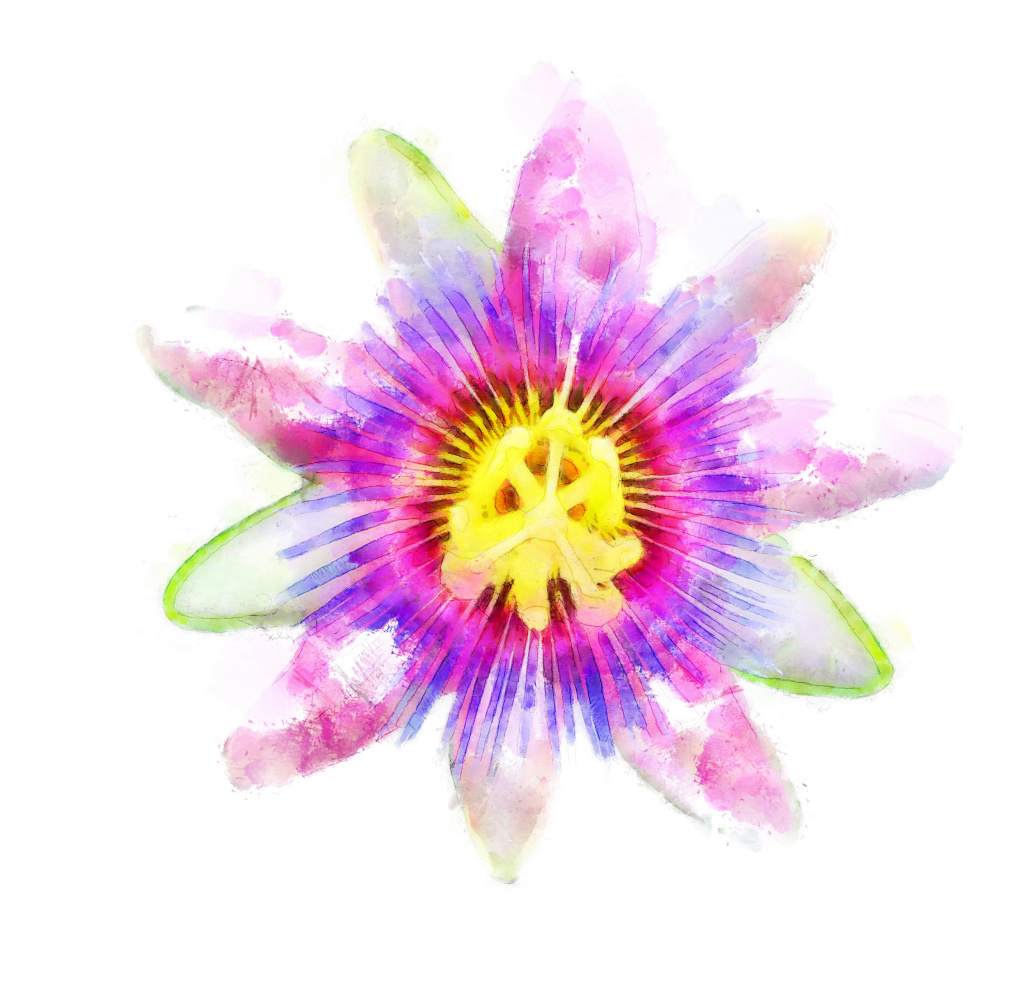 He said, "Mother, go and choose a beautiful flower for me." She went and picked up a flower.

He saw another flower and said, "Go and take that flower that's there." She took flowers and put them in her bag, which hung on her back, and he was very pleased. She was now very close to heaven and the last flower she picked made the bag she was carrying very heavy.

He said, "Mother, go and take that flower for me."

She answered, “Son, I have been collecting so many flowers for a while that they have become heavy. Now go down yourself, so that you can pick them up yourself. All you do is being in my belly. " 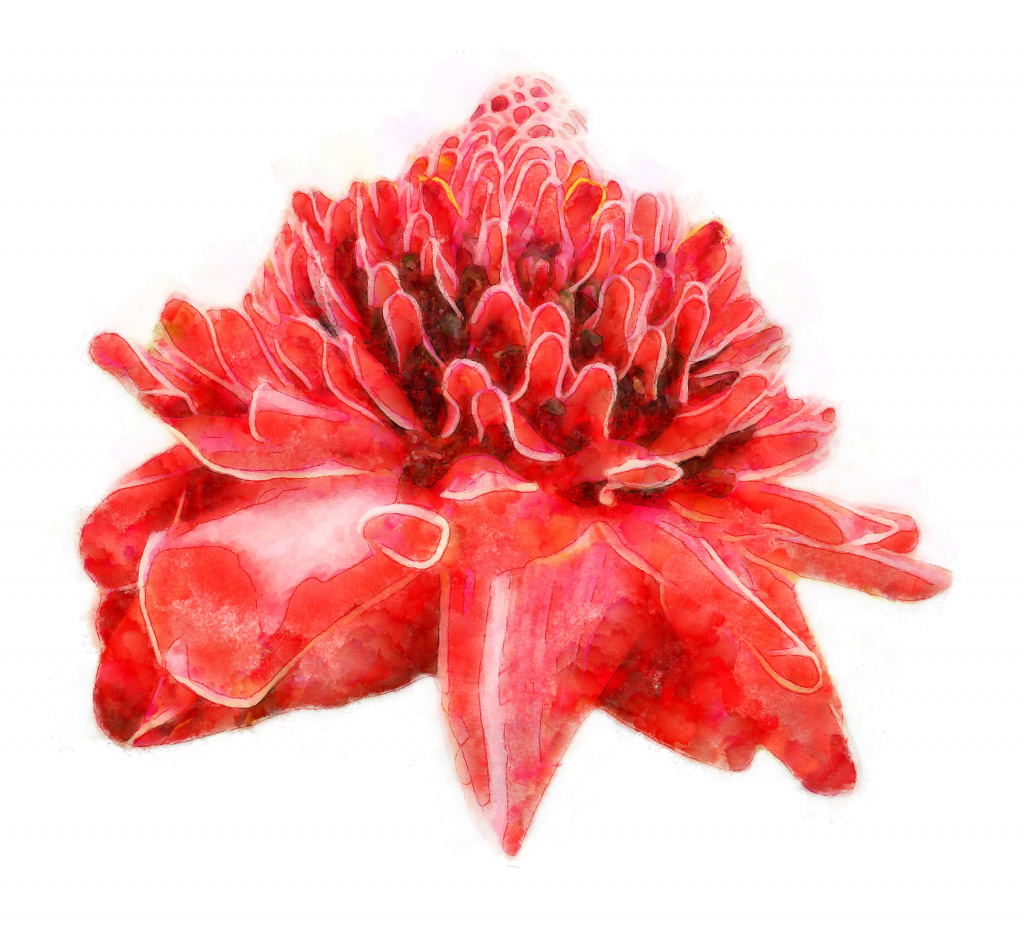 After a while, he stood still and didn't want to speak anymore. Then she saw another flower and said, "My son, I will pick that flower for you." He did not answer, as he was angry.
She said, "My son, my son!" but he still didn't answer back.

She continued walking and was soon close to where her father-in-law lived. Suddenly, the path disappeared, and she couldn't see it anymore. She said to her son, "My son, where is the path?" He did not answer. She said, "Now you are angry with me, but when the jaguar eats me, it will eat you too."

Then she approached the plain again. So, she returned to the place where her mother-in-law lived.

The mother-in-law replied: “I told you to go away. When my children, who have gone for a walk, return, they will look for you to eat you. They told me to send you away, otherwise, they would eat you."

Then again, she said, “Get up and hide. When my children arrive, it won't be good for them to see you.”

Then, she sat under the roof, quietly. Then her children arrived and said, "Mother, has your daughter-in-law already left?"

She told them, "Yes, she has left." So, they ate and, when they finished, they went to rest, cuddling. She turned around and cuddled on the ground. 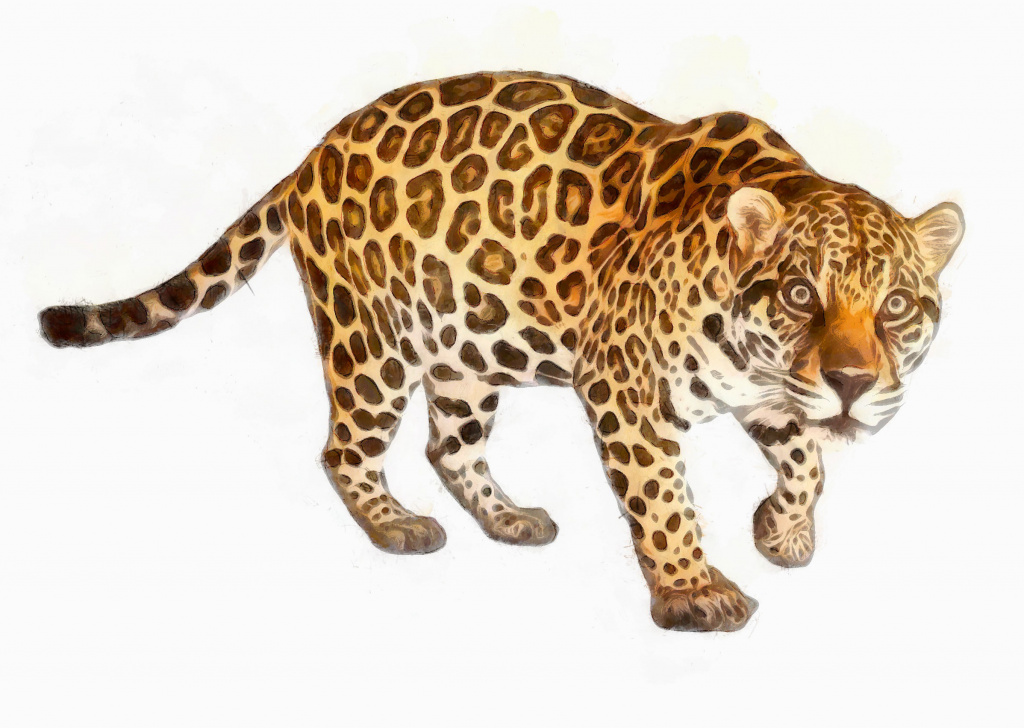 She (Yakónero) spat on him (one of the jaguars) and he caught the saliva from his ear. He immediately stood up and said, "Who spat in my ear?" He took out the saliva, smelled it, and smelled like Yakónero.

He said, “Mother, for pleasure you said that Yakónero had left, now he is here. Now, call her and tell her to come and get out a lice I have."

Then she called Yakónero and said, “Daughter-in-law, come! My son calls you to look for his lice.”

He saw her approaching and said, "Welcome, now look for my lice." So, she searched for and killed his lice. When it took a second, the lice said, "Father, she bit me." Quickly, the jaguar got up and told Yakónero to come and he smashed her skull. When her mother found out what happened, she said to him: “What have you done to my daughter-in-law? Have you killed her?”

“I've already destroyed her, here I did. Like I told you before, you should have told her to go away.", he replied.

Then he carefully opened it. Then she took out the baby and there were four of them. She took them with her and wrapped them in cotton. When the bags burst, and they dried they looked more like little birds. When they were strong, they already had feathers and flew away. Only the last one stayed.

He stayed and shouted: "fse tse".

She fed him more and more until he regained his strength and was able to fly. So, when the four brothers learned to fly they left home. So, they went to the river to bathe and transformed into humans. They were like children.

The stronger one said to his brother, “Go back to the house and ask mom for a machete so we can build a fish trap. Now we will remember (that is, we will avenge) our mother (Yakónero).”

So, they started making a fish trap and he said, "Sho" and it was finished and there was practically no water going through there.

So, they bathed and were having fun, laughing when one of the jaguars got upset.

He said: “Is it possible that it is the sons of Yakónero who laugh? They are bothering me, go see them.”

He approached cautiously and saw them bathing tabok'n. The brothers saw him arrive.

One of them said, "That was my grandfather. Come, Grandpa, let's bathe together."

The last one (the mighty one) spoke and said, "Grandfather, come!"

Then the jaguar undressed and bathed in the river, tabok'n. They caught him and surrounded him and put him in the korek'n trap. Immediately, they removed his intestines, which they left on the beach. So, they cut him off and took his heart. They had a pot of boiling water, where they placed the heart. His flesh was thrown into the river.

After a while, another jaguar said, “It could be the sons of Yakónero. I'll go see since they are bothering me.”

The brothers saw him and said: "That was a jaguar."

They said, "Come and bathe with us."

"Come!", one of the brothers said.

She said: "Now you must open it carefully and take out the baby of hers so that I can raise him and make him my grandson."

He undressed and bathed tabok'n. They came running up and surrounded him and placed him in the trap. Immediately, his intestines were removed. So, they took out his heart and placed it in boiling water. They did it repeatedly until all the jaguars were killed. Only one jaguar remained. It was a female, and she was pregnant.

“Those are my nephews; they are bothering me. Go see them.", she said. Her mom went and saw that they were bathing. They turned around and the first one said, "That one, that was my grandmother."

He turned around and the second one said, "Come, grandma!"

He said, "Now I will catch my grandmother to come and bathe."

And that's how the story of Yakónero ends.