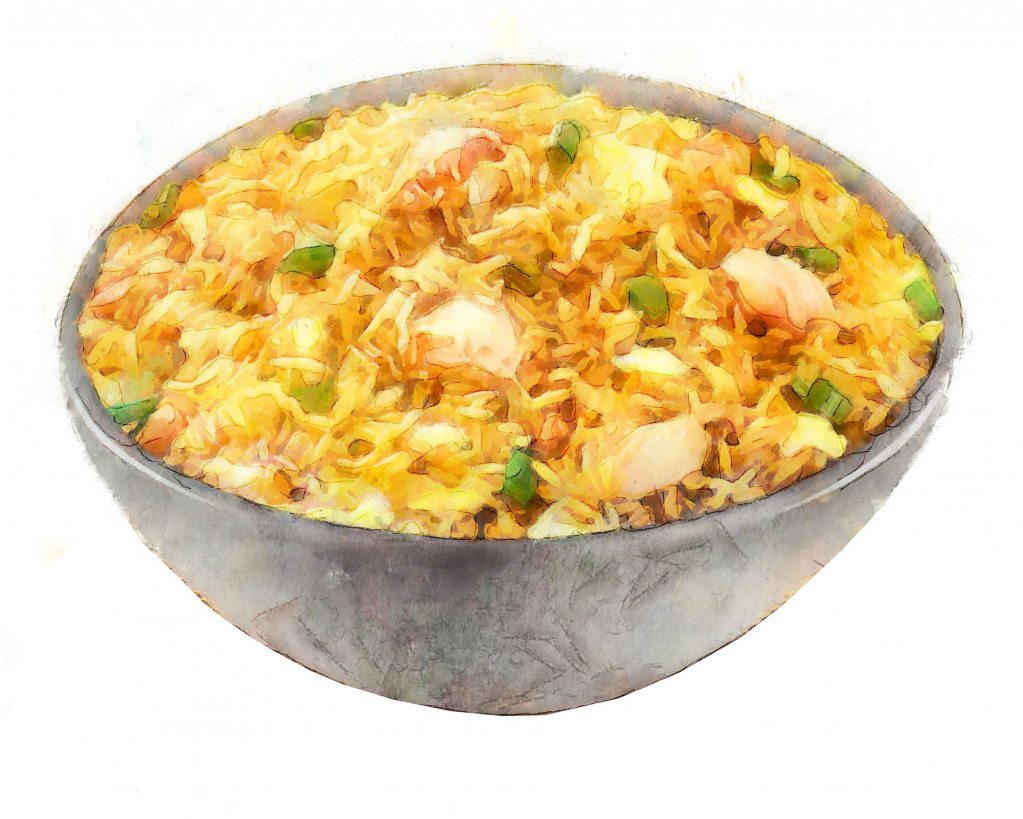 One of the typical dishes of Peru which contains a mixture of Peruvian flavors with an Asian influence is "chaufa" with different versions through the years. Its name dates back to the mid-19th century, around 1848, when thousands of Chinese immigrants arrived in America, known as "culies". As is known, this dish was created after they settled, initially, in agricultural areas. In exchange for their working hours, the Chinese charged a daily ration of 1.5 pounds of rice, combined with spices. They took full advantage of the food they were given and liked to combine different ingredients with rice. This is how the dish that we know today as "chaufa" was originated, which comes from the Chinese word "炒饭" (pinyin or phonetically "Chǎo fàn") which means "Chǎo" = rice and "fàn" = fried.

Over time, more Peruvian ingredients were added, so it went through different forms of preparation. This time we wanted to bring you a traditional chaufa recipe, but with quinoa as a base ingredient instead of rice. Quinoa is high in fiber, has a low glycemic index, and is loaded with antioxidants.

For this preparation, you can use the quinoa in grains of Naturandes that will be enough for 4 dishes. Here are the INGREDIENTS for this delicious dish:

People who are intolerant to gluten.


Share
Previous Next
Join us to get our last
news and sales
Are you sure of your decision?