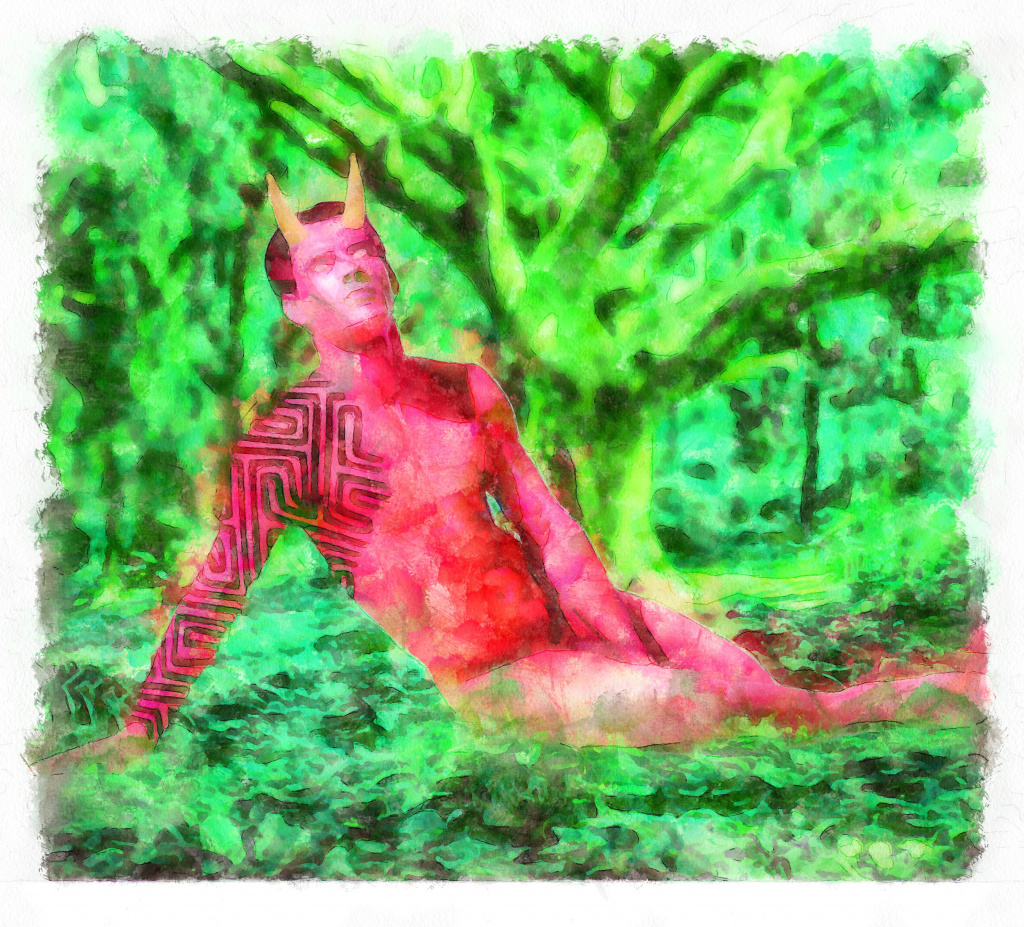 The Peruvian jungle is known for its diversity not only in its flora and fauna but also in its folklore. Among his best-known mythology is the legend of the Chullachaki.

The Chullachaki, according to legend, is a demon from the Amazon rainforest. The name comes from the Quechua word "chulla" (unequal) and "chaki" (foot). The Chullachaki is described in myths, precisely, as a demon with unequal feet. This one is in the woods waiting for some careless person. The Chullachaki can transform into anyone such as a close friend or relative of someone they haven't seen for a long time. This is the strategy that is being used so that they trust him and follow him to the depths of the jungle from where not even the most experienced explorer will be able to escape. The only way to discover Chullachaki's trick is to observe his strange walk and discover his unequal feet.

The Chullachaki is also known as the "Shapishico". Although the above description is the best known, there are several versions of this myth. Some believe that, instead of just being an evil being, it is a forest spirit that protects the lands and punishes those who do not act properly. Others say that it is the spirit of a child who abducts other children but does not harm them. Whatever the version, it is still one of the best-known legends of the Amazon. Here, one of the myths of the Chullachaki.

Calixto was a young man who lived in a rural area, very far from the town. Every weekend he went to sell his agricultural products and stayed with his uncle. Very early on Monday, he returned along a narrow path that led him to his home, crossing a wide mountain full of dangerous animals. He was not afraid, he was brave. One weekend he came back early, it was "Sunday the seventh."

The young man ignored his uncle's request. He arrived home at dusk and heard the partridges whistle at the edge of the farm, took his shotgun, and went hunting.

Immediately he arrived at the place, very cautiously he approached where he heard them screaming, the last time. He cringed forward, saw a branch move.

Certainly, they were sitting there, he raised the shotgun, took aim, and fired at the bulge. The birds flew and one fell to the ground, he was looking and heard something kick, the partridge was giving its last moments of life, he brought his shotgun to a tree.

When he proposed to raise the prey, a very rare exotic being appeared that prevented him from passing.

He was shocked, it was something unheard of. The strange being was dwarf, paunchy, black and protruding teeth, completely hairy like a bear, had a long mane that reached to the ground, one foot turned upside down, and wore leaves as a dress, it was horrible.

The little man grabbed the young man to bite him and they began to fight. After an arduous fight he took advantage of the carelessness of his adversary, giving him a strong blow, he immediately released him.

With great agility, he jumped where his shotgun was and shot the stranger across the belly. The dwarf fell on his back to the ground, his guts were dripping and he had to put them in their place.

Calixto, seeing that scene, threw down his shotgun and forgot about the partridge, he ran for help.

He came home foaming at the mouth, climbed two steps, and fell unconscious on the emponado floor (floor made with trunk wood of the pona 'palm tree'.)

"Woman, something strange has happened to Cali!" She walks out the door and finds his son thrown. She was frightened when she saw him. She looked for his shoes, attended to her son, and picked up his machete and the lamp. "Take care of Cali, I'll go in search of the Shaman!"

After a while, the two arrived. The Shaman took care of the young man by taking his pulse.

"It will be fine soon," said the Shaman.

The Shaman began to smoke his hookah, and with the smoke, he was blowing over the head and the rest of Calixto's body, who was lying on the floor, unable to speak. He did the same three times.

"What have you had?" the father asked.

"What has my little boy suffered?" The mother walks around the emponado.

"Sir," he sat down and a wry smile spread across his face. "It was the Chullachaki that scared him."

"The Chullachaki?" the parents repeated.

Outside, the Shaman recounted how it happened. The parents were amazed.

"The Chullachaki is the devil of the jungle, he appears to all people who do not believe in God or are not baptized. The boy will be fine, all danger is over."

The next day he related to his parents, just as the Shaman had narrated. Then he went to the scene to pick up the shotgun.

The terrain where they fought was all mixed up. The bird was being eaten by ants and to one side was a small rotten log with a hole in the middle.

"Yes, the godparents." the woman said.